I’ve always known I had major control issues, and having a kid only made it much worse. When I had my baby girl, each day felt like I was at a military camp only on a very different type of strict schedule where you get only a stretch of two hours of sleep before you have to wake up on point, getting ready to feed or change or whatever else the baby was in need of repeatedly throughout the day. It was an extremely bland job, but perfect for me because I got to remain in control all the time.

Maddie, my child, was not a very predictable baby and much more enjoyed being out and about rather than being at home. So, early on, I had to get used to the idea of being outside the comforts of home, where I couldn't always be prepared for any bad situations that might occur. Not feeling prepared makes me very anxious, so each day I would be prepared for an outing, and if one thing didn't go well then neither would the whole rest of the day. All day I would become frustrated with myself and those around me, and I couldn't wait to make sure the "disaster" never happened again by being even more prepared the next time around. This became a repeated feeling, and I just became so unhappy and depressed that I couldn’t handle it anymore. Change needed to happen, and fast.

God, knowing my predicament, brings along this opportunity for me. He says, “See here, there is this 4 day/3 night conference (DTC3) you can go to. Come and I’ll show you something." My response: “Are you kidding me, I thought you were supposed to make me feel comforted, not throw me into the most UNcomfortable situation possible. You realize my husband can’t come, there is no child care, and I’m supposed to take a 5 month baby to sit through all-day lectures and have her sleep in a cabin in the woods, and I have to do this all by myself where only the most horrific, unimaginable, uncontrollable situations could happen?” I wrestled with the idea for many days, and only came to a decision through Maddie. She convinced me with the way that she was that she would be more miserable if we were stuck at home everyday than being out, so I took what for me was the biggest leap of faith and said yes to going.

To be honest, I don’t really remember a whole lot about the conference itself, but I remember what God wanted to show me and the whole reason He wanted me there in the first place. I didn’t end up feeling uncomfortable (so we know He didn’t bring me there for that reason), but He also didn’t let me satisfy my need for control either. It wasn’t because I was so overly and well prepared that I made this trip work out. He actually just gave me what I needed, which was freedom from control, which I received upon saying yes to taking the risk of coming and everything going possibly wrong. I had peace of mind, because I was having faith in God.

The whole trip I never once worried about anything, and if something didn’t go quite right I don’t think I even gave it a second thought. I think it was the first time since having Maddie that I got a sense of what it was like not to be in control but know at the same time we’re being taken care of so there was no need to control anything.

It's been 3 years since that first DTC3, and that sense of letting go of control was just the beginning of learning to have a real relationship with my heavenly Father. But on that trip I got my first experience of what difference it makes when I decide to make God a part of my daily life who has gotten rid of my worldly needs and has allowed me to focus on His eternal Kingdom. 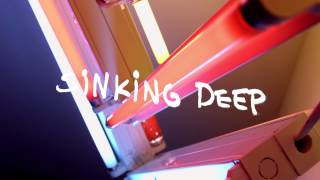 Our Father Abounding in Love

My Place in His Kingdom

Being with Brothers and Sisters in Christ